This short article will only be in english language. Important note: the german version with the title „Der Tod der Mrs. Westaway“ will be available later this year – probably in November.

When you see someone recommending a book, it is either really good – or not. At least not everyone has the same taste in books and loves the same storylines. So when the lovely Emilie Ullerup (actress, plays Bree o’Brien in „Chesapeake Shores“) recommended this one on her instagram stories I was drawn in from the first moment.

Usually I am not a big fan of thrillers, but this one got me hooked. At first it was the cover that caught my eye: the front of a house, the small light that shines out from the inside and the one sentence that meant that there is more to it: „Every family has its secrets…“. And so it is in the family of Harriet Westaway. 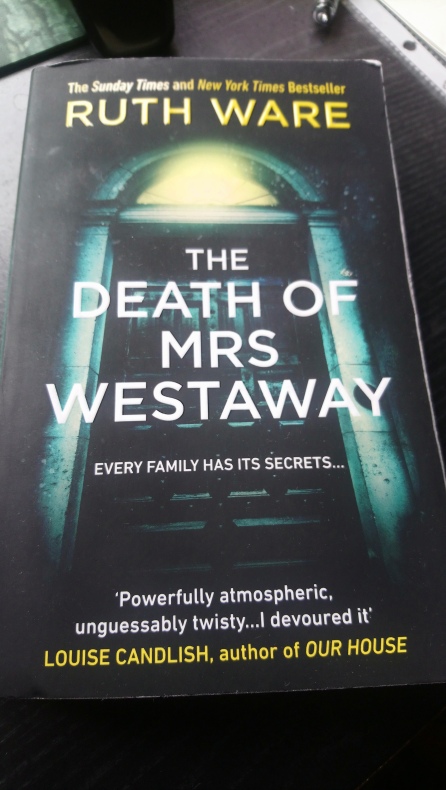 Harriet Westaway – or Hal, as she is called by friends – has recently lost her mother due to a car-crash. And she is nearly broke. So when she receives a letter from the guy she owes money to – she is more than just a little bit frightened.

„Inside there was just one sheet of paper, with only a couple of sentences typed on it.

Sorry to have missed you. We would like to discuss your financial situation. We will call again.

[…] It was the message behind the notes that made her hands shake as she placed them carefully on the coffee table, side by side. Hal was used to reading between the lines, deciphering the importance of what people didn’t say, as much as what they did. It was her job, in a way. But the unspoken words here required no decoding at all.

They said, we know where you work.

We know where you live.

And we will come back.“

Then a small kind of miracle comes up, which she thinks could help her out of this situation: Hal receives a letter telling her that she interited something from her grandmother who recently died. The problem here: Hal’s only grandmother she knows of died 20 years ago…

But Hal has no other choice – so she decides to take the journey to the funeral and getting to know the family there – maybe she can convince them that she is the one they are looking for. So once she is there, she discovers she has kind of a big family, uncles that she has not known of – and she is drawn between curiosity and caution…

She has no idea, what she is in for – but anything seems to be better than waiting for some hitter wanting their money back…

So – „The Death of Mrs. Westaway“ got me from the first words.

This book has everything a good thriller/ crime novel should have: a secret, a dark and gloomy place, carefully written characters and for sure some murders.

I can highly recommend „The Death of Mrs. Westaway“ for you to read – in the summer on a beach – or at home getting cozy with tea and a blanket.